One of my favorite “You Buy, I Cook” participants arrived Saturday night for dinner.  I told her that I was in the mood for grilled cheese sandwiches and had a wide variety of cheese at home.  She provided the rest.  What followed was an incredible, decadent, delicious dinner! Thank you, Priya!
﻿ 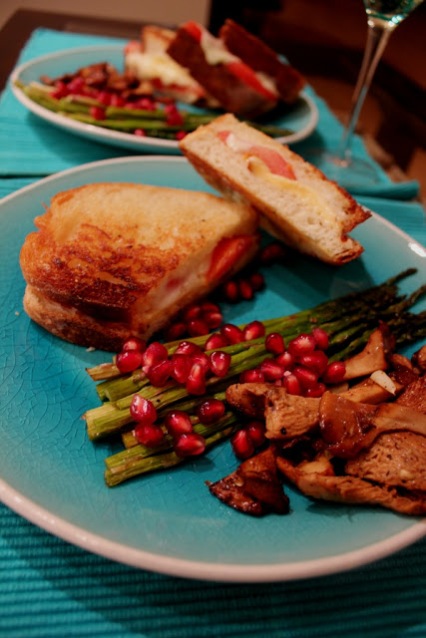 We began by sauteeing quartered chanterelle mushrooms in olive oil with garlic.  Once the mushroom turned golden and tender, we finished them with a pad of butter, salt and pepper.﻿ 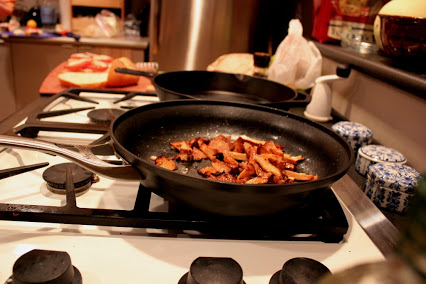 For the grilled sandwiches, we cut thick slices of artisan bread and layered Mozzarella, Smoked Gouda and Parmesan cheese along with thinly sliced tomatoes. 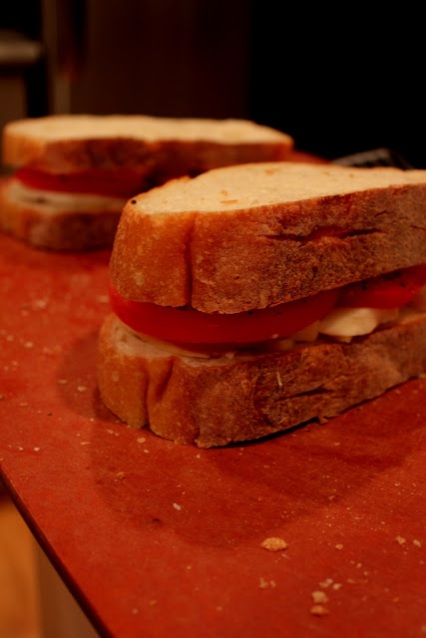 First, we seared the sandwiches on one side in a cast iron skillet until the bread turned golden brown and toasty, about 3-5 minutes over medium high heat.  We then flipped the sandwiches and transferred the skillet to a 400 degree oven to melt the cheese and toast the other side.  This was quite easy and the sandwiches turned out perfect.
﻿

True to herself, Priya brought over a beautiful pomegrante and released the ruby-red gems into a bowl for us to snack as we were cooking.

Since the oven was already hot, we roasted asparagus spears, simple drizzled with olive oil and seasoned with salt and pepper. 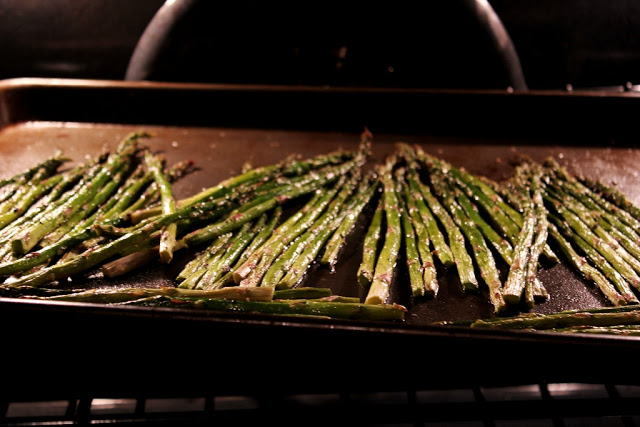