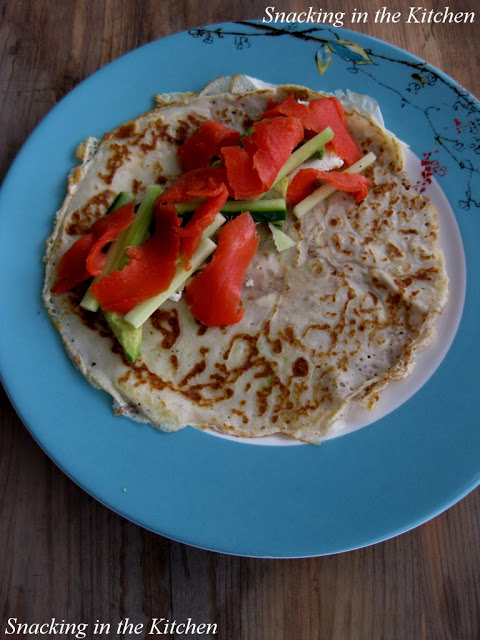 I’ve been cooking up a lot of crepes, or Russian blinis, in my kitchen lately.  Thanks to a very hungry and appreciative artist and a set of new nonstick skillets, these blinis have become a weekend breakfast tradition.  Most often, the blinis get a smear of sour cream and a dollop of jam and are quickly rolled up, and even more quickly gobbled up.

The blinis also make an appearance at night.  A few weeks ago when I was having the girls for a Bachelor viewing party, I discovered a fantastic sweet filling combination: sour cream, sauteed apples, and walnuts inside the blini, and apricot jam on the outside.

But as far as sweets go, I have a limit, and so the other day I craved a savory Russian blini.  At home, I’ve often had blinis with chili, cheese, and sour cream.  I’m also a fan of a spoonful of taramasalata with diced tomatoes and dill.  This time around, my inspiration came from a Philadelphia sushi roll. 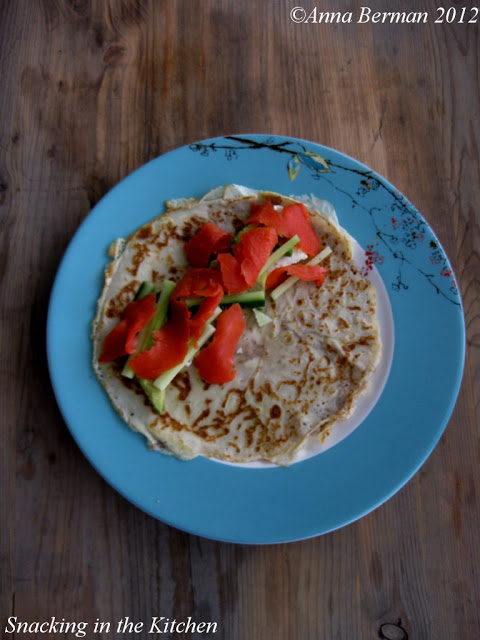 ***I promise to share my recipe for blinis on a later occasion.  It’s been a labor of love trying to figure out the right proportions.  I grew up watching my mom make these thin rounds by mixing everything up by hand without using a measuring cup or a measuring spoon.  There is still some approximation involved in my recipe, but for the most part, it’s a great, full-proof guide.

Directions
1.  Spread cream cheese over 1/3 of the blini.
2.  Stack the rest of the filling ingredients over the cream cheese in a linear direction.
3.  Roll up the blini, cut in half and eat. 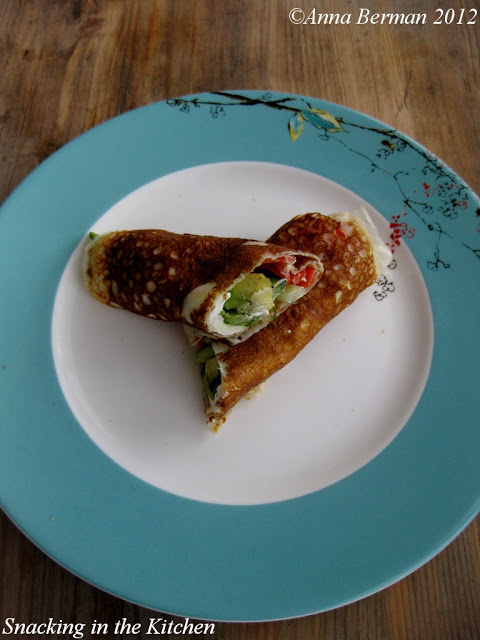